Holding on to History

How rich and interesting is the history of literature and publishing. I am thinking of this because a friend has just received her new Kindle, while I am reading an 83-year-old slightly worm-ridden book published in 1925 and having just ordered a Quality Paperback volume of the complete novels of Jane Austen. Another pound or so for my shelves, (to say nothing of the curious hard-to-find volume from 1988, so new, on Chinese brush painting I found on eBay.pn (Philippines) that I am having shipped, for something like 30 times my winning (and only) bid. Still, the total cost is about what I would have paid, had I been able to get it retail, except it was sold out. Two kilos from the Philippines costs a bundle. Bear in mind, I'm talking about a book.

Over the weekend I was sorting through my vast accumulated library of books about China and came upon a couple of tarnished gems, a travelogue from 1925,  discussed below,  and another from 1940, Through China's Wall by Graham Peck. I really must catalogue, or at least arrange, all these books by my own system...when there is sufficient accumulation, then a filing system makes sense. (I call it file by pile. I apply this system in my office as well. And when you have enough piles, some of them conveniently just go into the trash.) For my library, I have piles-- classifications and sub-categories-- of fiction, history, literature, art, language, culture, religion, philosophy, journalism, photography, travelogues, (Americans traveling in China, Chinese traveling in China), memoirs (of the Qing dynasty, of the Republic, of the Long March, of Westerners infatuated with the communist developments, of Liberation, of the Great Leap Forward, and those holocaust-like memoirs of the Cultural Revolution -- read two or three of those and you've read them all, and yet they all rightly demand to be heard). 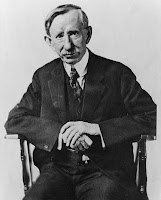 One of the gems of my travelogues is China, by Frank G. Carpenter, (at right), an American who did a whole series of books, "Carpenter's World Travels," for turn-of-the-century armchair travelers. I had never read this 1926 volume, published just after he died and inherited from the Wizard's grandfather. With a sturdy binding embossed in gold with a proud steamship on the cover, it has 102 very fine black and white photographs with tales in a leisurely style that recall his several trips to China, over 40 years, from the demise of the Qing to the establishment and degradation of the early Republic. It's more than a little racist in that way of 1925: describing a visit to the "Drug Hall of Propitious Munificence," Hangchow's "drugstore like none other on earth," he discusses, and vaguely dismisses, Chinese medicine, commenting that, "On the whole, the Chinese are a healthy people...it is a fact that the Chinese are differently constituted physically from members of the white race, and are not nearly so sensitive to disease as we are...so adapted to their environment that they can survive living conditions and even disease that would bring illness and death in an American community." He uses the same arguments in commending the hardworking coolies and "jinrickisha" drivers, labourers "as good as can be found anywhere in the world."

Included also is the typical forecasting of the time -- China as awakening sleeping giant and market for the world, with a population of "400 million in a country that could easily accommodate 50 percent, or even 100 percent more than that" -- but he never foresaw SARS and bird flu, to say nothing of one-child policies and Mao's purges and reform-through-labor camps. Or the giant Wal-Mart in Beijing.

And yet, for all its turn-of-the-century mindset, it is much more sympathetic, and less narcissistic, if quaintly naive, than the currently popular Lost in Planet China or Nathan Gray's tale of walking the Great Wall, the style of travelogue that is all about "me." Carpenter loved China, he was not writing about himself, (although he frequently compares China with America for purposes of conveying an understanding of magnitude, politics or sociology). I suppose at the time, writing about a trip to China was sufficient; it didn't have to be about MY experiences in a strange land.

"I have often been asked," he writes, "what country I found the most interesting in all my travels over the globe. To me they are all interesting, and each has its own appeal, but regard for the truth has compelled me to answer 'China.' I have visited this Far Eastern land no less than five times, yet its fascination increases rather than grows less. It is a country with a most amazing past, and destined, I believe, to an even more amazing future." And such nice writing. No cursing.

Reading this musty old book is holding in one's hand a tangible, if subjective, interpretation of history. Of course, all interpretations are subjective. As Taoist Deng Ming-Dao says, "Everything is relative because we are each condemned to our own particular vantage points. Our minds know the world by constructing conclusions from the data of our senses." How lovely to have this book preserved, a conclusion from the data of Mr. Carpenter's senses. I don't know if it, or the Graham Peck which I plan to read next (or Jane Austen for that matter) would have the same appeal on a Kindle.
Posted by baroness radon at 9:37 AM

Give me smelly, tangible books ANY DAY. I will never get bored with the book.

OH OH OH ! I was given a book today. 'Living the Wisdom of the Tao' by Wayne Dyer. Come across that one?

Good for you! (Although the Kindle looks attractive for traveling with books you really don't want copies of anyway, you know, airplane reading.)

The Tao according to Dyer? I've never known him to be a Taoist, but I'm willing to check it out...as a BOOK