Stimulus and Response: The Dao of Dialogue

Something to be offered to The Rambling Taoists, but you can read it here first. 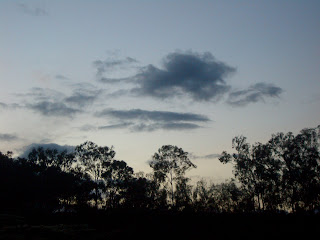 Although this isn't the post that Trey is expecting --I have promised a couple of things on Chinese history and the difficulties of cross-cultural transmission of ideas especially in the context of Daoism-- it is something I feel must be addressed at the moment.

Someone pointed out in reply to a comment I made earlier, "Funny that the Baroness is the first to criticize a post, but rarely writes any of her own."  I won't deny that's true, and I won't deny that I am frequently critical of and frustrated by some of the interpretations and notions expressed about Dao and other things here.  (And I should know better than to get into political discussions.) But I will assert that some of those comments are posts, they are just hidden in the shady valley of the comment field.

Being the yin/female voice of the group, it is my nature to respond, and usually quickly, to the stimulus of the yang/male posts. I call it dialogue and I am sometimes disappointed, (unfulfilled?) when the response goes unacknowledged.  I do not regard Daoism as being any kind of static position (it is a celebration of change, really) and unless someone is actually "enlightened" (unlikely here), back and forth, round and round dialogue (with others as well as within our own hearts) is one way we come to a greater understanding.  If you don't want to hear other opinions, you are stuck. Occasionally, though not as often as on some forums I participate in, we get a good sustained debate going here.  Does anyone really want to hear only one side?  Eventually we may all agree, but I think that is a long way off; we are still in the post-heaven world of red dust.

I have said it all before: I am a sinophile; I do not subscribe to the western philosophical/religious Dao distinction; I find no serious worth in popular western Daoism (e.g., Wayne Dyer, the Tao of Pooh, hippie new age surfer self-help Dao);  I am interested in neidan and practice qigong; I read the literature of Daoism (the canon) which goes far beyond the Dao De Jing and Zhuangzi; I study Chinese arts and language...and yet I am still "attached" to a liberal Christian/Catholic background.  I am not afraid of temples, whether they house Guan Yin or the BVM.  (Although I have to say I don't much care for the stripped-down style of very fundamentalist meeting hall sanctuaries...give me my bells and smells!) For the most part, I eschew politics and social activism. (When confronted by a lamenting leftist liberal, I lean to the right; when challenged by a ranting right-wing conservative, I lean to the left. I am like an old tree,with deep roots but flexible and sprouting branches. But I recycle and try to live an economical, fiscally responsible life.)

Through the study of mystics, of the east and west, I find some hope of reconciling Dao and God as ways to live and die.  Perhaps these particular questions are part of Lenten fasting and discipline; must go find my Thomas Merton books. (Easter of course is the movable lunar/yin bookend to the fixed solar/yang of Christmas.)

While I'm listed here as a "scribe," I do not seem to fit the profile of a "Rambling Taoist."

Having reiterated all that, the question I have for myself, and for anyone who might respond is, do I have anything to offer to you?
Posted by baroness radon at 1:37 PM

I find it odd that someone who apparently didn't like what you had to say, got all huffy about it and critical, to boot.
Please don't let the comment of one person cause you to doubt yourself.
You absolutely offer me PLENTY. For one thing, I wouldn't know HALF or even just one iota of what I've learned from you about the Chinese culture and language. I really LOVE your paintings, as well as your insights into the most mundane things that I might not have ever given a second thought to, in general.
However, I didn't start commenting here because of what you OFFERED me - I started commenting here because I enjoy what you have to say and appreciate your take on life in general. I certainly never thought I'd "get" anything out of it, and yet - I have.
In short - you're a kickass person and I am mighty glad I've "met" you.
:)

Of course, this post wasn't really directed at any of my readers of the TAO 61s, it derived from a "dialogue" on the other blog. But I am happy that you have enjoyed reading my "insights into the mundane." I like that, must remember it. Thank you for being a regular reader. Likewise, the glimpses into your own life have given me much to think about; we all live in the same place, but our experiences are so different. How the internet has enabled us to expand our consciousness!

I wasn't so much doubting my self as wondering if I was just wasting time in the other venue. But thanks for the encouragement!

Well Jie Jie...there are always opinions and ideas being presented... and then there are observations offering far more what mere word and opinion can convey. And you, my Baroness, do as much for me. Entangle me not with Kool-Aide Taoisms and call it Tao, nor with Confucius and Old Testament Law while being ignorant of the sweet smell of Grace. ....okay - got that of my chest! Hey! You're alright with me!

I am so blessed with such good friends...I'd like to meet you all some day!

I also like the give and take of discussion, I find that's the whole point of blogging/posting about this stuff. If I wanted to be isolated in my thought, I'd write in a paper journal and never tell anyone. I used to hope for more discussion on TRT, but it rarely happened. And some of the posts continually bothered me, namely the Tao-Bible comparisons. I don't even read them, when I visit the site, which is far less than I used to. Kinda "off" the spiritual thing for now.

I wonder what forums you're visiting.

Brandon --there are TAO discussion groups on LinkedIn and Facebook, both of which are pretty lively. The FB ones needs an admin approval to participate; if you are interested and on FB I can do that for you.

I sometimes pop in to Tao Bums, but it is not as intertesting to me.

Thanks for you comment. I enjoy our dialogue very much. You and Cym always give me great hope for the future.