In memory of people I never knew, but now feel sort of close to, the Lindquists, who apparently lost their lives in a flash flood after Thanksgiving dinner, here are some images that at least suggest why they liked to live where they did. 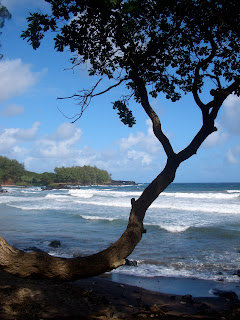 "About twenty years ago, an old man named Smitty turned his back on society and came to Koki Beach to live as a monk. Living in a cave on the north side of the beach, he cleaned up the beach, and was a lifeguard of sorts, saving people who dared the riptides. He was a popular figure and would post his "thoughts for the day" on the Hana public bulletin board. But in 1984 his cave collapsed on top of him. When the rubble was cleared, his body was found in a kneeling position, and the story is that he died while meditating." 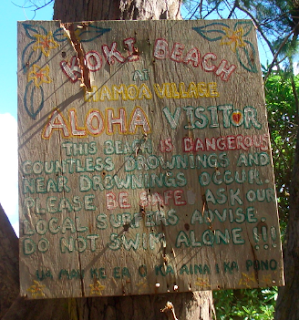 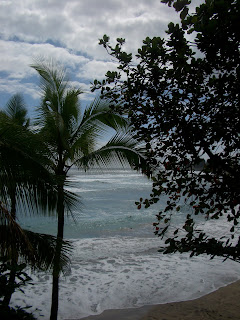 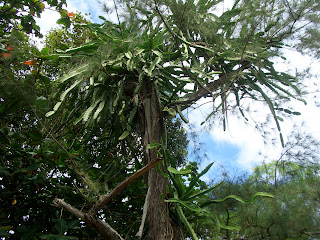 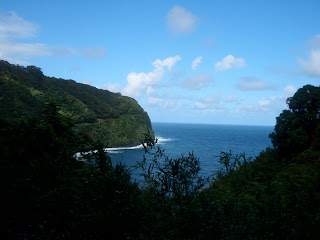 Hana Highway, (the curvy thing on the side of the green cliff) 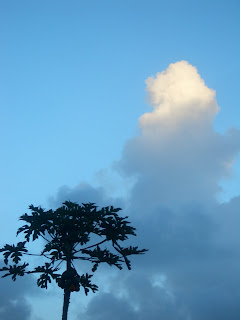 Hana at Sunset, I 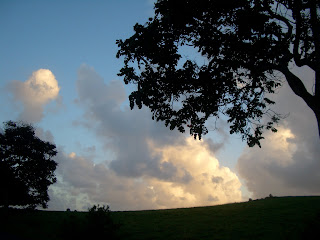 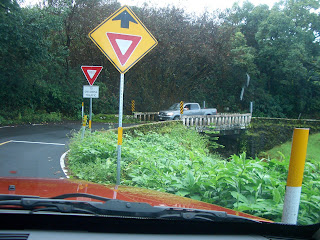 Posted by baroness radon at 8:30 PM