Once we settled into our morning Wudang routine of meditations and lectures, we were free to use the afternoons to become stair masters. Although I am certain there are many primitive footpaths off the beaten ones, with very few exceptions the trails that we walked are not only paved, but consist almost entirely of stairs. I wished some of the paths that were not stairs had been. Some are recent and some are old, some safe and some treacherous, some are regular and some are far from it. They are all exhausting and beautiful. They are the highways of the mountains. 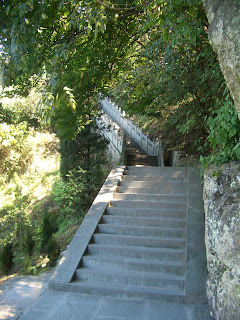 Typical Stairway on the Way to a Temple

The workers in the photo below were like the 18-wheelers on freeways, here team-carrying some concrete slabs, probably to reinforce stairs somewhere. They moved together like caterpillars or centipedes up and down the stairs. There were always people moving from here to there with baskets of bricks and cement and vegetables and garbage and slaughtered animals on shoulder poles. Once I saw two guys carrying very large sheets of unwrapped plate glass on their heads. 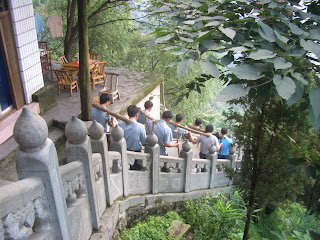 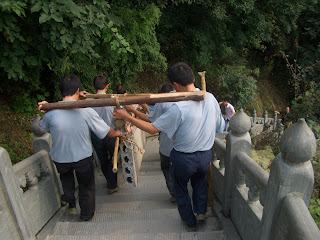 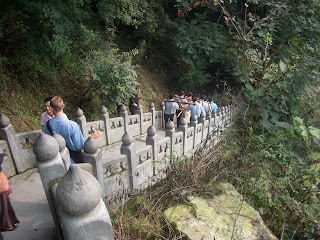 They were moving heavy things up and down these very stairs: 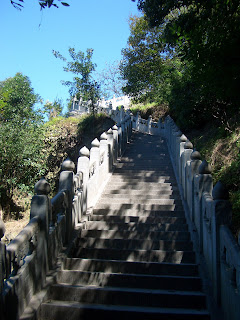 Older stairs are found higher up in the mountains. The chains on the banisters of these below not only help you stay stable, but people put padlocks on them to signify their affection and then toss the keys off into the abysses that are off the paths. If you click on this image to view it bigger, you will see the cable cars in the background which have become the more popular way to ascend to the top of the highest peak in the Wudang Range. 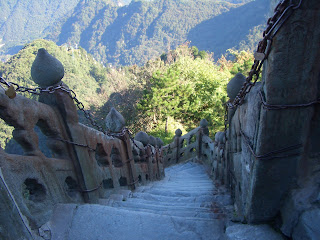 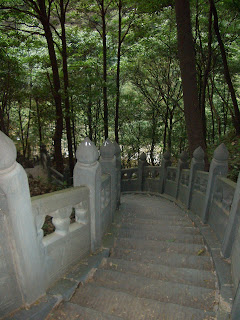 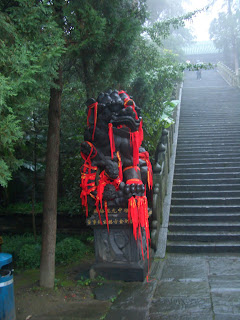 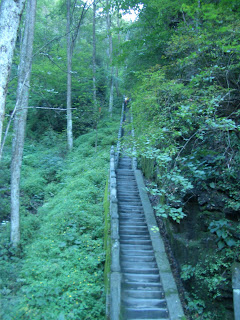 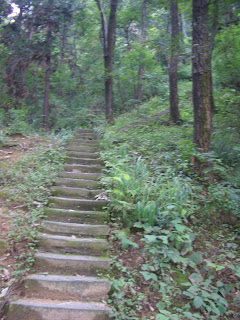 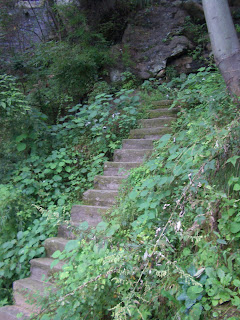 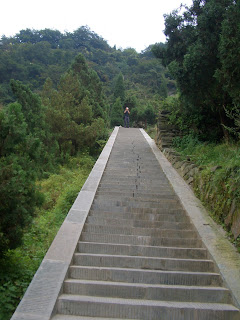 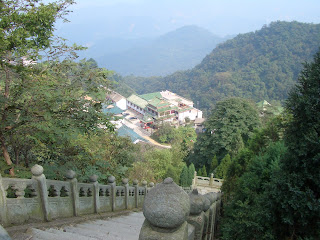 Stairs With a View of Crow's Ridge 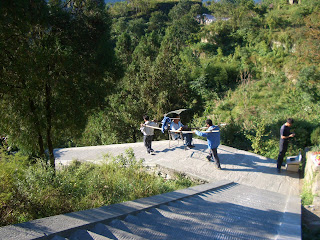 No matter what highway, there's always some guy who wants a limo. I could have succumbed to this convenience but found using a walking stick was more helpful and appropriate. 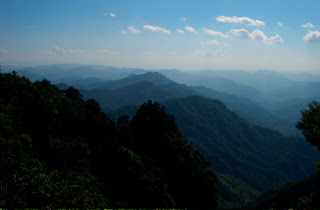 View from the Top of the Stairs
Posted by baroness radon at 3:48 PM

Beautiful! My favorite stairs are definitely the ones with the chains.