The Roman Catholic liturgical calendar identifies the period from now until the beginning of Lent (which more or less coincides with Chinese New Year, the lunar thing) as something called Ordinary Time .  In the Anglican tradition I learned that this was just the "Time after Epiphany" identified by the color green on vestments and calendars.  But I kind of like this Roman concept (sounds like Vatican II to me), a bunch of days with no particular significance beyond being between major events. Ordinary.

But the days are really far from it.  After several recent mornings that looked like this: 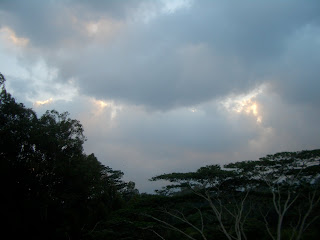 I awoke to this spectacular clarity today: 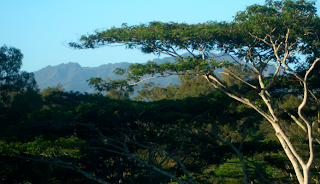 It was crisp and clean and clear. It was 62 degrees in my bedroom when I got up, about as cold as it ever gets in my neighborhood.  My Christmas cactuses seem to be invigorated by the weather  too. It's not ordinary time for them! 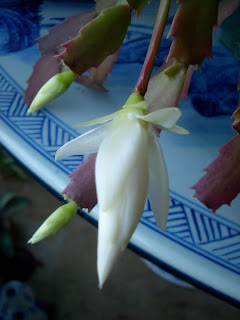 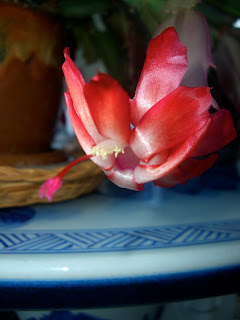 Posted by baroness radon at 8:07 PM

Ordinary time sounds kinda nice to me, but that's mostly because it's been hectic time here!
I cry at your cold 62 degrees!!!